June 21, 2016
So i have also been reading about David Buckingham and his ideas around media in the classroom and as part of media literacy across schools generally.  Books like this: 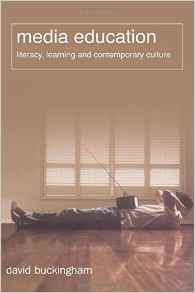 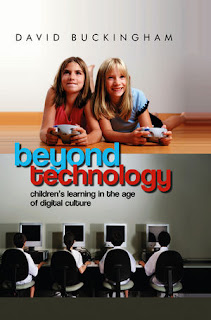 But also his blog https://davidbuckingham.net/blog/   which also contains some really interesting insight on these issues.
For Example:


Learning Media Theory: What Is It Good For?
So what’s the alternative? I don’t believe the government documents really offer us one – and apparently the awarding bodies, who are currently drawing up the detailed specifications, have been told that the List (the canon of theorists) is not negotiable. One can imagine classroom activities that would involve applying theory to particular media phenomena or issues. What would Stuart Hall or Paul Gilroy say about diversity in the Oscars? How would Judith Butler or bell hooks interpret Rihanna’s latest video? How would Curran and Seaton help us to interpret the government’s current stance towards the BBC? But if one hasn’t already grasped the key points – and especially the nuances – of these writers’ approaches, what are students likely to be learning here? Will it be any more than obedient name-dropping?
My alternative – and in the current context I would accept that it is a utopian one – would be to take a much more disrespectful approach to theory. The work of these now-canonical theorists needs to be up for grabs. Theories should be seen not as a body of predetermined facts, but as controversial and contentious, and subject to change over time. Theory should be treated as a set of tools that can be used (and abused), not as a body of received wisdom that should be ingested and then regurgitated. Critical thinking is surely not about paying homage to Theory, much less to particular Theorists.
As I have argued elsewhere, students do not need to learn theory, so much as the ability to theorize. If you chase up this article, you can find a couple of concrete examples from our classroom research that show what this might entail. These examples – about teaching aspects of narrative and representation with quite young school students – demonstrate what can be achieved if we use theory as a set of tools to be used and interrogated, rather than a collection of tablets of stone.
Teaching theories in the abstract, as a reified body of knowledge, or as a set of facts or prescriptions, undermines their usefulness and value. Far from increasing ‘demand’, it takes the easy way out. Rather than challenging students, it positions them as passive consumers, empty vessels to be filled with knowledge. Yet this is precisely where the government’s approach appears to be leading us – and perhaps deliberately so…

" Nick Gibb, the Schools Minister who has been responsible for driving through these reforms, is a well-known advocate of ‘knowledge-based’ curriculum. Like his mentor, the wildly popular former Education Minister Michael Gove, Gibb has been much inspired by the conservative American thinker E.D.Hirsch. Hirsch’s highly prescriptive notion of ‘cultural literacy’ has led him to publish books that are essentially lists of facts that children of particular ages should know. These books have been translated for the UK market by Civitas, the right-leaning think-tank, with titles like What Your Year 3 Child Needs To Know." ...

(in regards to the list of media studies theorists) ..."These lists reflect the haphazard ways in which they were drawn up, and some of the contradictory imperatives in play. But what we now have, in my view, is a motley collection of:
We could probably spend a long time debating the merits of including particular ‘theorists’, but that isn’t really my point. The questions this list raises are much more fundamental: What is (and is not) ‘theory’? What is the point of it? How do students learn it, how do we teach it, and (in this context) how do we assess that learning?


I will come back to some of the teaching and learning questions in a later post. My main concern here is with the actual content – and specifically with the question of what content should be compulsory."


In a chapter of this report Buckingham discusses the mistakes made using technology:
https://www.academia.edu/2748420/Beyond_Technology_Rethinking_learning_in_the_age_of_digital_culture?auto=download 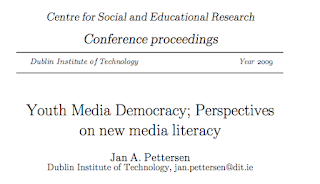 " Beyond doing functional tasks for homework, very few of them are using technology for anything that much resembles school learning. By contrast, what they are doing with technology in school is very limited. The subject of Information and Communication Technology is largely about word-processing, spreadsheets and file management – in effect, the Microsoft Office curriculum. It offers little more than decontextualised training in functional skills

Historically, schooling has often been characterised by a blank rejection of students’ everyday popular culture – and indeed there is a kind of paranoia about the loss of control that happens when popular culture enters the space of the school. To this extent, what I am calling the new digital divide merely reflects a broader historical disjunction between young people’s everyday leisure culture and the culture of the school."


Pg43
"Digital technologies are an unavoidable fact of modern life. Teachers are bound to use technology in some form or another – and the book is just as much a technology (or a medium) as the internet. We cannot simply abandon media and technology in education and return to a simpler, more natural time. Digital media like the internet and computer games do have enormous potential for learning; but it will be difficult to realise that potential if we persist in regarding them merely as technologies, and not as forms of culture and communication." 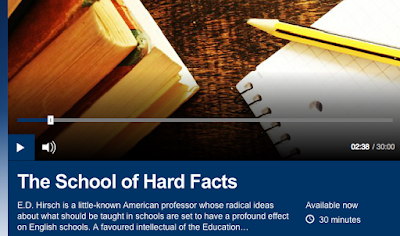 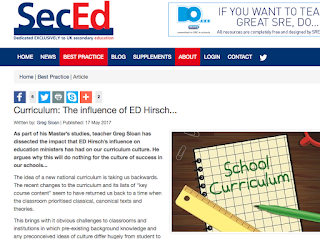